What’s in a name? Enough to get a bill passed by the Senate, finally 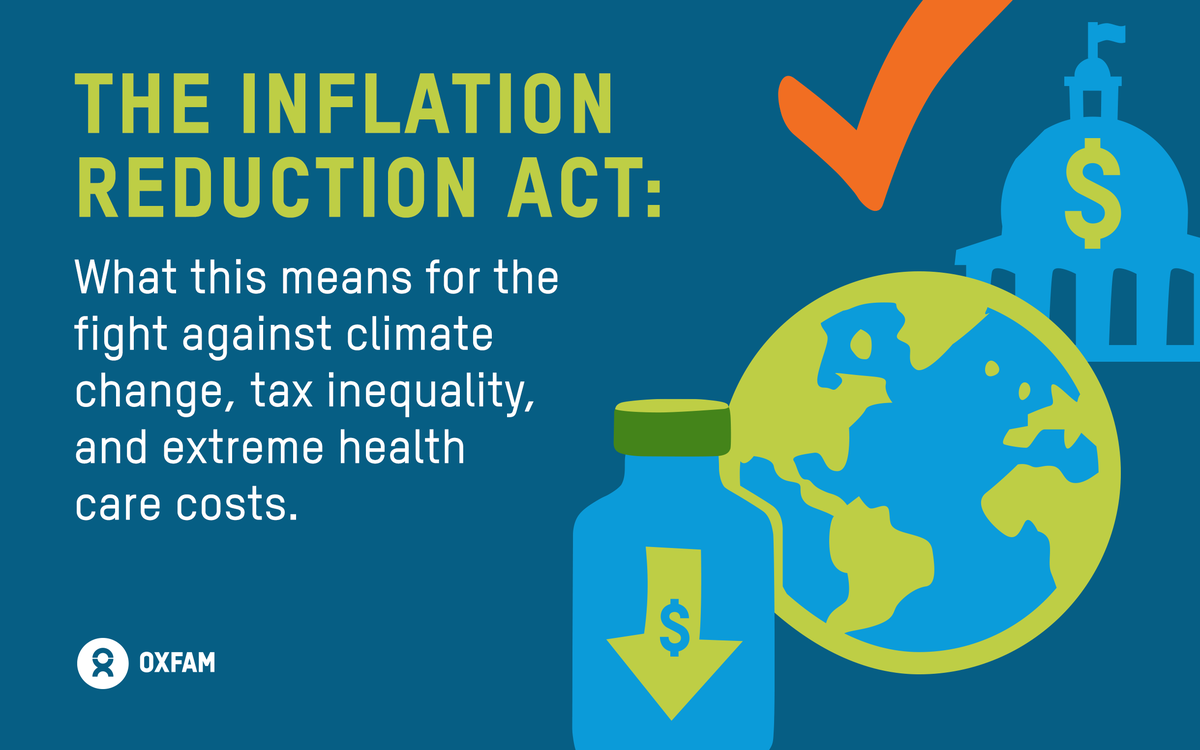 12 Aug What’s in a name? Enough to get a bill passed by the Senate, finally


What’s in a bill name? A lot, apparently: When lawmakers repackaged a number of robust programs once included in the Build Back Better legislation into the Inflation Reduction Act, it seemed to make it smell much sweeter to a select few in Congress. Where did the bill end up, after all the concessions were made?

The Inflation Reduction Act (IRA) became one of a handful of bills to pass through Congress this year, as two recalcitrant Democratic Senators finally conceded to vote for it, pushing it to the finish line with 51 votes. (It went on to, predictably, pass the House on August 12.)

Whatever it takes. In a summer where so many forces are contributing to a boiling point (wild fires and floods, inflation and declining real wages, new and persistent viruses, skyrocketing medication costs), this bill has the promise of cooling things down, at least a bit.

So, what made it through to the final version of the bill?

As if we needed more proof of terrifying changes in the climate than this scorching summer, recent revelations about escalating warming of the Arctic should prompt massive changes in the way we do business. Especially fossil fuel business.

The bulk of the spending in the bill ($369b out of $430b) goes toward efforts to move away from fossil fuels. It offers tax credits for solar and wind production, grants to environmental justice communities for locally-led mitigation and adaptation measures, and funding to support transitions to electric vehicles and homes.

Politics is a rough game, and the struggle to get this passed involved numerous concessions to corporate interests. In particular, this bill ramps up leasing for fossil fuel projects, particularly exploiting the Gulf South and Alaska as sacrifice zones. To get the bill passed, lawmakers agreed to a future deal on permitting that would increase fossil fuel exploration and fast-track a pipeline project that runs through West Virginia.

In addition, the bill will do little to cut emissions from agriculture, one of the most important and under-reported sources of the greenhouse gases methane and carbon dioxide. (While the US food system accounts for 11% of our greenhouse gas emissions, only 5% of the IRA’s spending is allocated to farming). And the bill doesn’t address the food system’s biggest climate culprit: meat and dairy production. However, the bill does include a methane fee, which when combined with new EPA regulations, should help expand an emerging market for methane detection and mitigation; but it only covers energy producers.

Why it passed: Strategy and timing

Analysts are focusing on the fact that the bill offers more carrots than sticks: it offers incentives for switching to clean energy, but does little to punish corporations and people who keep investing in coal, oil, and gas.

In addition, the urgency to act became overwhelming in a year that has brought a series of climate disasters: heat waves, wildfires, floods, tornadoes. As Washington Gov. Jay Inslee noted, “The country is now recognizing that what might have been a hypothetical concern in 2010 about sea-level rise and glaciers is now a flooded Kentucky and a California on fire.”

When the Tax Cut and Jobs Act passed in 2017, it was yet another chapter in the American story that began in the 1980s about cutting taxes on corporations and the very wealthy. The IRA is one of the first since then to help recalibrate the tax burden away from working families and toward those who can most afford it.

The bill contains new tax provisions which will fall largely on the country’s large corporations, including a move to tax share buybacks (which exacerbate wealth differentials, especially on lines of race and gender).

It will also restore funding to the Internal Revenue Service, which will help crack down on tax evasion by corporations and the very wealthy.

The bill doesn’t really comply with the global minimum tax agreement championed by President Biden that would put a floor under the global race to the bottom in corporate tax. And it doesn’t include any tax targeting billionaires (many of whom get away with paying close to 0% in income tax).

As the industry remains privatized and driven by profit, it puts huge burdens on people in the US and globally. Our current system of giving giant corporations monopoly control over lifesaving medicines results in sky high profits for Big Pharma executives and investors and unaffordable drug prices for working people. The bill aims to begin to put limits on how much people in America have to pay for medications in some cases.

Among other health-related provisions, the bill introduces some measures to limit expenditures on medicines in Medicare. This includes requiring the Health and Human Services Secretary to negotiate prices for some drugs covered in Medicare.

Oxfam notes that it’s essential to the US, and the world, to loosen Big Pharma’s stranglehold on pricing and access.

“We call on Congress to continue to deliver for people in need of healthcare by mandating stronger access and affordability safeguards on public investments in medical tools, supporting technology transfer and distributed global manufacturing for essential medicines, and providing sufficient funding to combat the current COVID pandemic and make the world more resilient for future public health crises.”

If you’re really talking about inflation (which remains an open question about the nomenclature here), you’ll quickly notice some major omissions in the IRA. In fact, working families are struggling to make ends meet right now, and what they really need is pretty clear.

Child care continues to be the single largest expense borne by countless families across the country, and the cost has outpaced inflation for years.

Oxfam notes, “Without federal funding, the child care sector will continue to crumble as early educators continue to flee the industry due to low pay and families have a harder and harder time finding affordable care and education for their babies and toddlers. Women were and continue to be the safety net of this country, yet their needs continue to be ignored.”

According to the Penn Wharton Budget Model, it’s unlikely the IRA will have any quick or substantial impact on inflation. The truth is, the current records of inflation have tough and complicated roots: supply chain disruptions (due to COVID-19 and climate change), an ongoing war in Ukraine, the long-term impact of a pandemic which reduced the labor force and increased the burden on the health care system–and more.

What IS needed are supports for working families, which give them the means to deal with inflation: a boost in the federal minimum wage would lift the wage floor for everyone; mandating paid leave (sick, maternity, family) would accelerate recovery and improve public health; restoring rights to organize (through the PRO Act) would strengthen unionization efforts and increase protections for workers across the economy.

As always, we need to be aware that whenever our society faces challenges, marginalized populations feel the worst impacts. Inflation, climate change, COVID-19, broken health care: these phenomena take the hardest toll on those with the fewest resources.

While we pause to celebrate, we need to also take time to consider how far our country needs to go, and rededicate ourselves to the work.

The IRA never would have happened without the organizers and activists who pushed for action in this critical time for our climate, workers, and communities. Change takes time and hard work, and we remain resolved to work with our allies to celebrate where we have wins and continue pushing Congress and the Biden administration to take strong action to support marginalized communities.