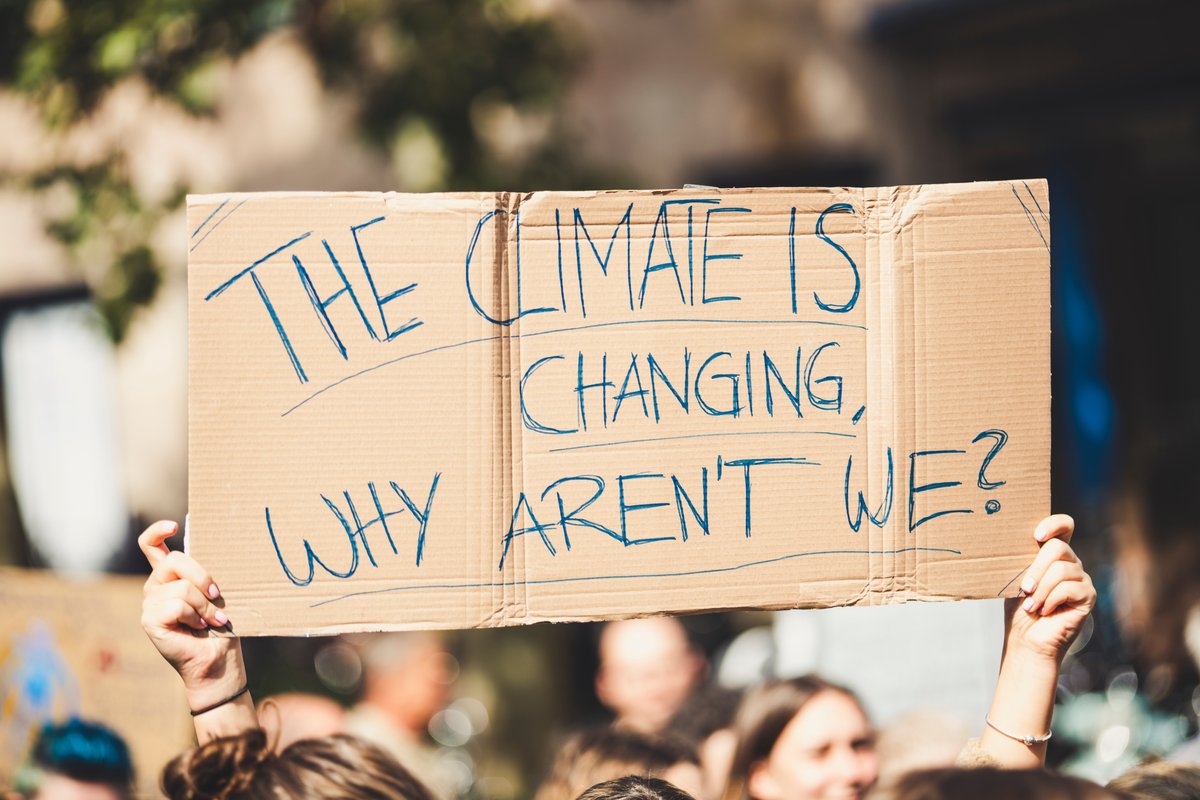 Once again, COP27 (the United Nations Climate Change Conference) provides an opportunity for the world to take a step back and make real commitments to actions that can help prevent environmental catastrophe. As Oxfam prepares to participate, we’ll be posting a series of blogs that dive into important aspects of the climate emergency.

In 2020, President Biden took office as a climate champion, promising to reform the energy and environmental policies failing US communities of color, and to restore our international standing as a climate leader. Phasing out the use and financing of fossil fuels is critical to meeting both of these promises.

However, rather than moving us towards a clean energy future, the US’s continued entrenchment of fossil fuels is driving the world toward nearly 3C warming. And the social costs of fossil fuel use continue to fall disproportionately on Black, Indigenous, and people of color (BIPOC), women and girls, and low-income communities.

Unfortunately, this lack of true leadership means that advocates, frontline leaders, and community groups have once again had to come together to stop the US from furthering our addiction to fossil fuels. Just this past month we unified to fight back against a “dirty deal”–and won an important victory.

A side deal that sparked another fight for justice

When the President signed the Inflation Reduction Act (IRA) in August, many advocates across the globe (including Oxfam) applauded its climate investments as a signal that the US is back to taking climate change seriously. However, the legislation leaves the US short of meeting its emissions goals and its commitments to keep warming under 1.5C.

It also neglects the priorities of frontline and environmental justice communities that are necessary for a transition to a fair and equitable economy. Worse still, its passage was secured, in part, by an undemocratic, dirty deal struck between Senate Majority Leader Chuck Schumer and West Virginia Senator Joe Manchin (who had held up the legislation for nearly a year).

Despite active opposition—including from progressive Members of Congress—this dirty deal (touted by Manchin as “permitting reform”) was sold as the only way to implement the historic investments from the IRA and the infrastructure deal. For now, the deal is on hold; but the fight isn’t over.

The dirty side deal would be a disaster. It would fast-track fossil fuel projects; gut bedrock environmental protections under the National Environmental Policy Act (NEPA) and the Clean Water Act; and block opportunities for community input, further designating large swaths of the US as sacrifice zones (areas where communities (usually low-income and BIPOC) have been invaded by polluting industries, compelling people to live near hazardous and even deadly infrastructure).

Further, this prioritization of fossil fuels would likely keep the US from meeting its Paris commitment to reduce emissions by 50 percent before the end of the decade. In fact, an Oil Change International analysis shows that the plan could have resulted in emissions equivalent to 665 million tons of CO2 per year from just the oil and gas projects currently waiting on permits. That’s more than five times the potential emissions savings from planned transmission lines to increase renewable energy capacity.

The connection between the fight and COP27

Fortunately, communities, leaders, and frontline advocates—along with Oxfam and other allied organizations—successfully fought back.

However, now Congress is looking to add the proposal to must-pass budget bills. Including it would be a real step backward for communities on the frontlines, and for the narrow window we have to prevent catastrophic warming that threatens all of us.

Domestic legislative fights such as this make clear how a small number of legislators tied to the powerful fossil fuel industry can tip the scales against global progress. As these same government leaders and corporations head into COP27, global advocates must make clear that “local” fights result from inconsistencies between leaders’ pledges and actions, and the harmful inequalities these discrepancies perpetuate. If leaders’ promises to prioritize people over profits continue to go unfulfilled, it will surely create more resistance from groups fighting for a truly just transition.

The need for President Biden to show stronger leadership and action around phasing out fossil fuels is painfully clear. The US is responsible for 25 percent of historical emissions, and has emitted more CO2 than any other country in the world to date. Even with current climate policies and investments (including the historic clean energy funding in the IRA), the US still is falling short of meeting its emissions goals, and its lack of action towards its commitments is actively driving the world towards nearly 3C warming.

At COP26, the US—along with other Global North nations most responsible for the climate crisis—committed to accelerating the phase down of fossil fuel subsidies through the Glasgow Climate Pact, and to stopping public financing for most fossil fuel projects by the end of 2022. The US also signed the Global Methane Pledge, promising to reduce rapid-warming methane emissions* by 30 percent by 2030.

Yet, despite such commitments, these leaders around the world (including the US and some of the same countries that signed the Glasgow Climate Pact) collectively nearly doubled their subsidies to oil and gas companies that were making record profits in the worst energy crisis since the 1970s.

In the US, the 2022 budget included tax incentives and subsidies for domestic and international fossil fuel production collectively worth more than $100 billion over the next ten years. What’s more, President Biden has actively supported policies (including Manchin’s “permitting reform” proposal) to build more fossil fuel infrastructure.

At COP27, a key focus will be on countries’ progress in implementing their commitments. Now is the time for the US to submit a revised Nationally Determined Contribution (NDC) committing to accelerated, economy-wide decarbonization and energy demand reduction, to meet its fair share and cut emissions by at least 70 percent by 2030 compared to 2005 levels.

These updates must include roadmaps for phasing out fossil fuel infrastructure and financing, and phasing in renewable energies in a human rights-respecting way. The US must also immediately end all new leases for fossil fuel development on public lands, including for oil and gas exploration, extraction, and processing.

This all would require that the US not pass any new laws—through reforms or otherwise—that would build out new fossil fuel projects, regardless of the permitting timeline, and especially by undermining the laws that have provided at least some protection to communities for decades.

Between now and the end of the year, Oxfam, climate and environmental justice organizers, and advocates will continue to hold the line against the dirty side deal, as we continue our commitment to the president’s international promises.

Will President Biden step up to act on his commitments, or will he capitulate to the fossil fuel industry?

*A greenhouse gas emitted from sources including oil and gas production.