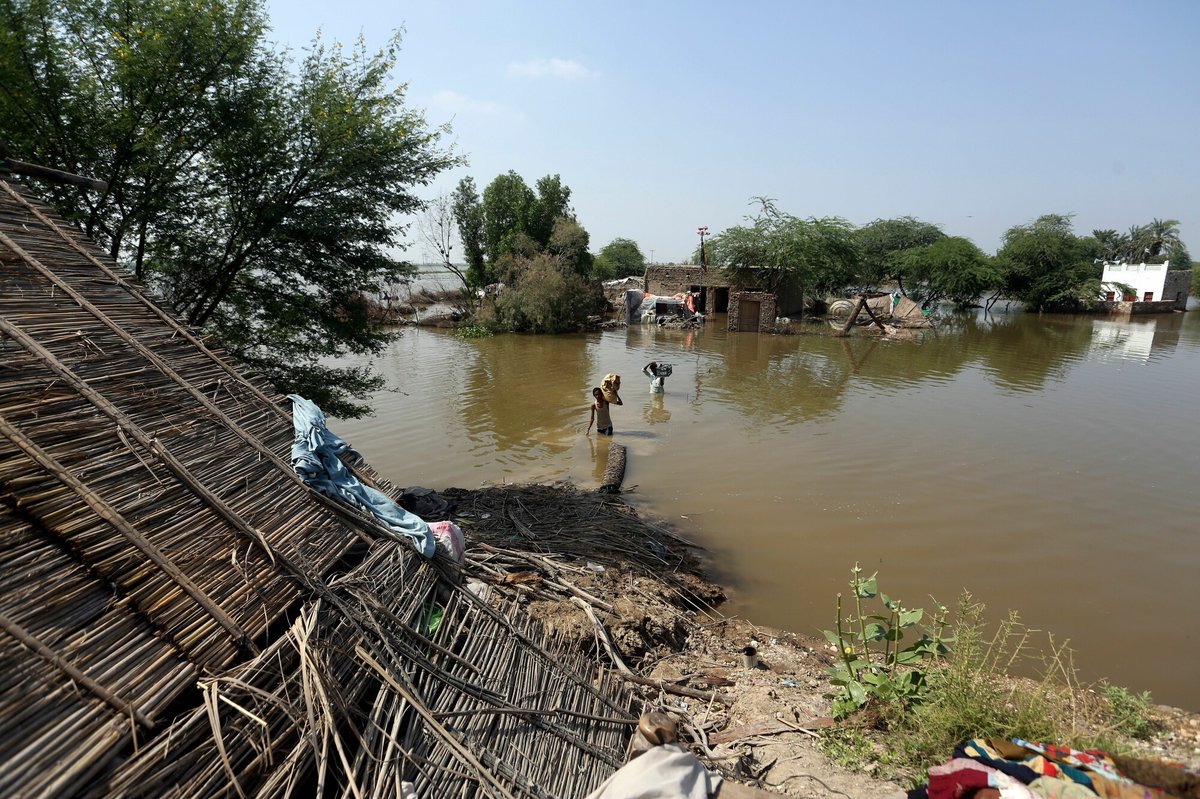 Climate finance is critical to addressing the climate crisis. It funds the technologies and projects that will reduce emissions (mitigation), supports nations in adapting to impacts of changes already felt and those to come (adaptation), helps communities recover and rebuild from climate-related disasters, and compensates for unrecoverable losses (loss and damage).

Meeting these needs in developing countries will require trillions of dollars every year. A recent assessment (2021) estimates that developing countries will require $5.8–5.9 trillion up to 2030 to fund fewer than half the actions outlined in climate plans. Adaptation costs alone are projected to reach up to $330 billion by 2030 and as much as $555 billion by 2050 (UNEP 2021: 29).

The Climate Vulnerable Forum (CVF) calculates that the Vulnerable Twenty Countries (the “V20”) would be 20% wealthier today–and therefore arguably less in need of financing from rich countries–if climate change hadn’t happened. This is an astounding amount that does not include non-economic losses and damages, or consider the impacts felt by dozens of other vulnerable nations.

As the policies and actions of governments and corporations drive the world off track towards 2.7C warming by the end of the century, the impacts of climate change will intensify dangerously. Communities already experiencing disastrous effects will see increases in extreme events (flooding, droughts, hurricanes and cyclones, and more); and will face food shortages, loss of housing and infrastructure, migration of populations—and more.

Thus, the level of finance needed will continue to increase.

Simply put, the rich countries and corporations that created the climate crisis must deliver this finance. Colonial powers (today’s rich and “developed” nations) used the natural resources, labor, and people of present-day developing nations to build their countries and their wealth.

Colonialism created the historic emissions which are changing the climate, along with the systemic poverty and underdevelopment that leave developing nations under-resourced and more vulnerable to climate impacts. To this day, rich nations perpetuate inequality through climate policies, including finance.

At COP15, developed countries committed to mobilizing $100 billion a year (by 2020) for developing countries–also known as the “$100 billion goal.” However, this amount is far below what is needed, and, more than a decade later, even this goal hasn’t been met.

Year after year, countries have repeatedly failed to deliver by at least $16 billion. And much of what was provided was on loans with high interest rates.

Oxfam estimates that the actual value of climate-specific assistance provided to developing countries has been only around $21–24.5 billion. The same year parties signed the Paris Agreement–creating a legally binding, international commitment to aggressive climate action–the $100 billion financing gap was its largest, at $55.4 billion.

Of the more than 20 countries that committed to the goal, just seven provided their fair share in 2020; the US, Australia, and Canada stand out for their continued failure. The United States—most responsible for climate change—provided a mere 8 percent of the $100 billion in 2020, even though it should be paying nearly $40 billion.

Considering that developing countries need trillions to adequately address their mitigation, adaptation, and loss and damage needs, the $100 billion goal is hardly enough. Still, it’s imperative that the goal is met–through grants rather than loans–or the financing gap, and associated need, would be even larger.

The financing gap is not the only problem; the structure of finance is putting developed countries in deeper debt. According to the Organization for Economic Cooperation and Development (OECD) more than 70% of climate finance from rich countries to developing nations between 2016-2020 was in the form of loans, forcing countries to spend more on servicing their debt than investing in sustainable development for their people. By one study, poorer countries spent five times more on debt than on climate action (Jubilee Debt Campaign 2021).

All of this is particularly consequential since Russia’s invasion of Ukraine has spiked the costs of fuel, food, and other commodities around the world, causing energy shortages, blackouts, and food insecurity in developing nations. These events conspired with COVID-19 to exacerbate the debt crisis in developing countries and regions.

Financing for a just transition / investing in renewable energy

COP27 will take place at a time when rich countries are failing to meet their pledges–and still there is no funding for loss and damage.

Africa will need around $133 billion annually in clean energy investment to meet its energy and climate goals between 2026–2030 (IEA, 2022). However, annual investment in renewable energy—arguably the most attractive sector for commercial investors—stands at a mere $9.4 billion. Scaling up financing for renewable energy will be a tightrope walk for developing countries reeling from debt and economic shock of COVID-19.

A just transition cannot be achieved under current climate finance schemes. Debt relief and restructuring of climate finance is fundamental for developing nations to invest in the energy transition necessary for the millions of people who still lack access to power.

Renewable energy is now cheaper than other forms of energy, providing an opportunity to expand access to clean, affordable energy, and improved air quality and health outcomes. Clean energy development also creates jobs that would reduce poverty, while providing revenue streams that enable greater sovereignty while easing the economic transition away from fossil fuels.

At COP27, rich countries must, at a minimum, provide clear roadmaps to achieving their commitments, and they must commit additional finance that meets the scale of need for mitigation, adaptation, and loss and damage in developing countries; they must restructure climate finance to be grants , not loans; and they must provide developing nations that need it with debt relief, through debt cancellation and restructuring.