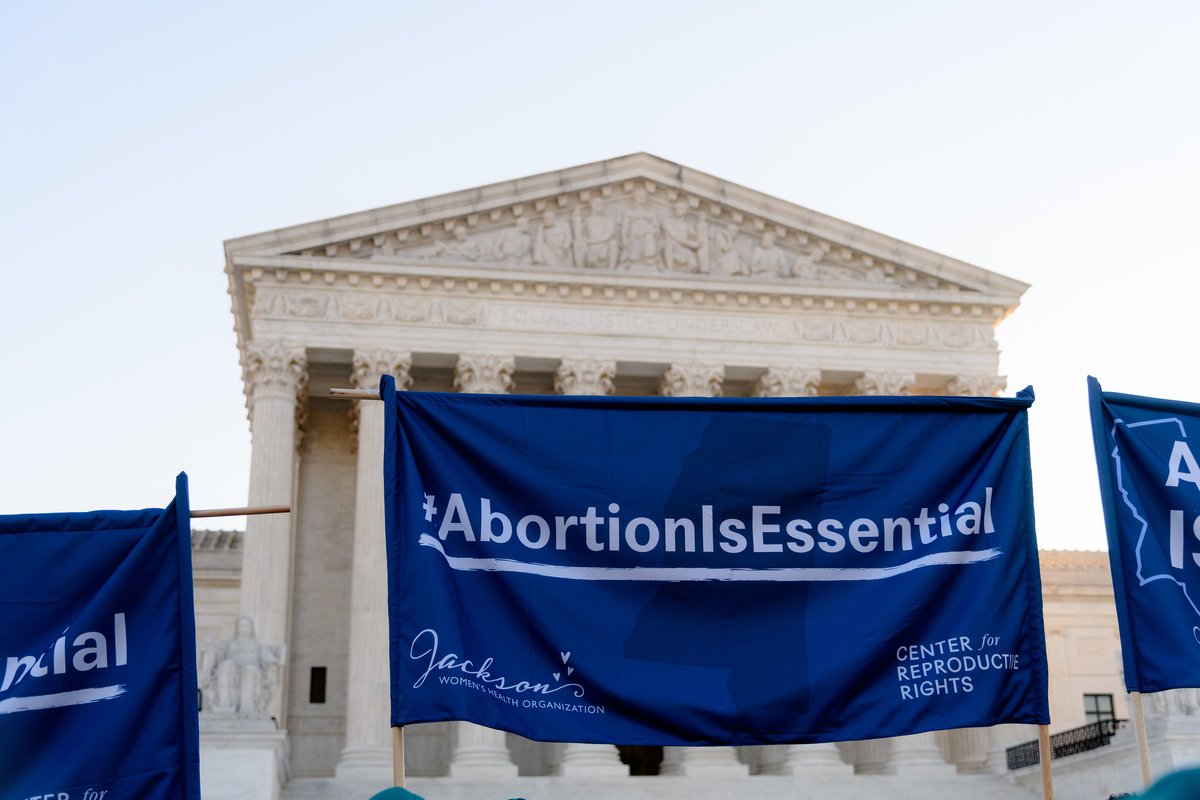 
For nearly 50 years, Roe v. Wade has stopped states from outlawing abortion. Yet in the decades since the Supreme Court decided Roe v. Wade, BIPOC women, trans and gender-diverse people, people with disabilities, and those struggling to make ends meet have faced systemic barriers to reproductive healthcare, including access to abortion.

Roe’s reversal will exacerbate the systems of stratification in our country and will have the deepest and most violent impact on historically marginalized populations. It’s part of a much larger story about unequal access to a variety of resources: maternal and infant healthcare; reproductive technologies and education; adequate income and employment, along with housing and transportation; and so much more.

While Roe v. Wade established the right to a legal abortion, the truth is that access to a legal abortion has often been difficult to achieve: countless pregnant people have lacked the resources to terminate safely. Without Roe, we’ll be left with a disjointed and chaotic patchwork of state laws: some outlawing all abortions, others criminalizing recipients and/or providers, and others protecting abortion access at the state level.

The consequences of Roe’s reversal aren’t academic or theoretical: Black and brown women and girls, trans individuals and gender-diverse people, people with disabilities, and people with irregular immigration status, who already face systemic barriers to reproductive healthcare, will be further marginalized, and their lives endangered.

Poor women–who are disproportionately Black and brown–are already more likely to experience an unintended pregnancy. Many won’t be able to afford to take a day off or put gas in the tank to travel across state lines in search of abortion and reproductive care. And denying access to abortion will make the financial situation even worse: research has shown that women who are denied an abortion are more likely to experience economic difficulties, and insecurity, and poverty for years afterward.

And make no mistake: the states that are ready to outlaw abortion are those that already deny many supports and rights to residents. Mississippi, which is ready to outlaw abortion, has the highest poverty rate in the US and ranks in our index of states as the third-worst state for workers, and the fourth-worst place in the country to be a working woman: there is no mandate for equal pay, no accommodations for pregnant workers, no protections for workplace breastfeeding, and no form of paid sick leave or family leave.

As Cassandra Welchlin, executive director of the Mississippi Black Women’s Roundtable points out, Mississippi is worst among states in the Deep South when it comes to providing healthcare coverage to people who’ve given birth. As Welchlin told ProPublica, “It’s hypocrisy to say that we are pro-life on one end, that we want to protect the baby, but yet you don’t want to pass this kind of legislation that will protect that mom who has to bear the responsibility of that child.”

If SCOTUS overturns Roe, in states like Mississippi, for example, a pregnant Black woman could be forced to carry an unwanted pregnancy to term, where she’ll be three times more likely to die of pregnancy-related complications than a white woman. If she survives, and abortion carries a criminal penalty, she’ll be more likely than her white peers to be charged, convicted, and incarcerated, driving her further into poverty.

The loss of Roe means the abolition of a federal legal mandate on access to abortion; and as it falls to the states, it will further diminish the rights and well-being of people who are not among the most privileged. To be sure, the right to abortion care was never equally enjoyed, even with Roe in place: those with structural privilege, and those in states with more favorable abortion policies, had better access to their rights.

Simply put, in some states, the guardrails will be off and all pregnant people will be treated as simple hosts who are legally required to carry a pregnancy to term; while in other states, the law guarantees their right to bodily autonomy.

The differences based on where you live would be stark. Pregnant people in Oklahoma, where abortion will likely be a felony, will be lesser citizens than pregnant people in New York. In Texas, where a draconian anti-abortion law was passed last year, women experiencing miscarriages or ectopic pregnancies are already being denied proper healthcare, endangering their lives; in Massachusetts, pregnant people have full rights to decide about carrying a pregnancy to term, or not.

A post-Roe reality is even more dangerous for undocumented people, especially in states like Texas, which feature inland immigration checkpoints. With a criminal penalty attached to the act of traveling to get abortion care, pregnant people without documentation or with irregular immigration status may be forced to choose between their healthcare and being deported and separated from their families. The fear of deportation for pregnant people already deters them from getting the care they need.

As Welchin of the Mississippi Black Women’s Roundtable reminds us, in the words of Audre Lorde, “There is no such thing as a single-issue struggle because we do not live single-issue lives.”

To understand more about what’s at stake with the overturning of Roe, please check out some of these great resources: