Exposing the root causes of hunger 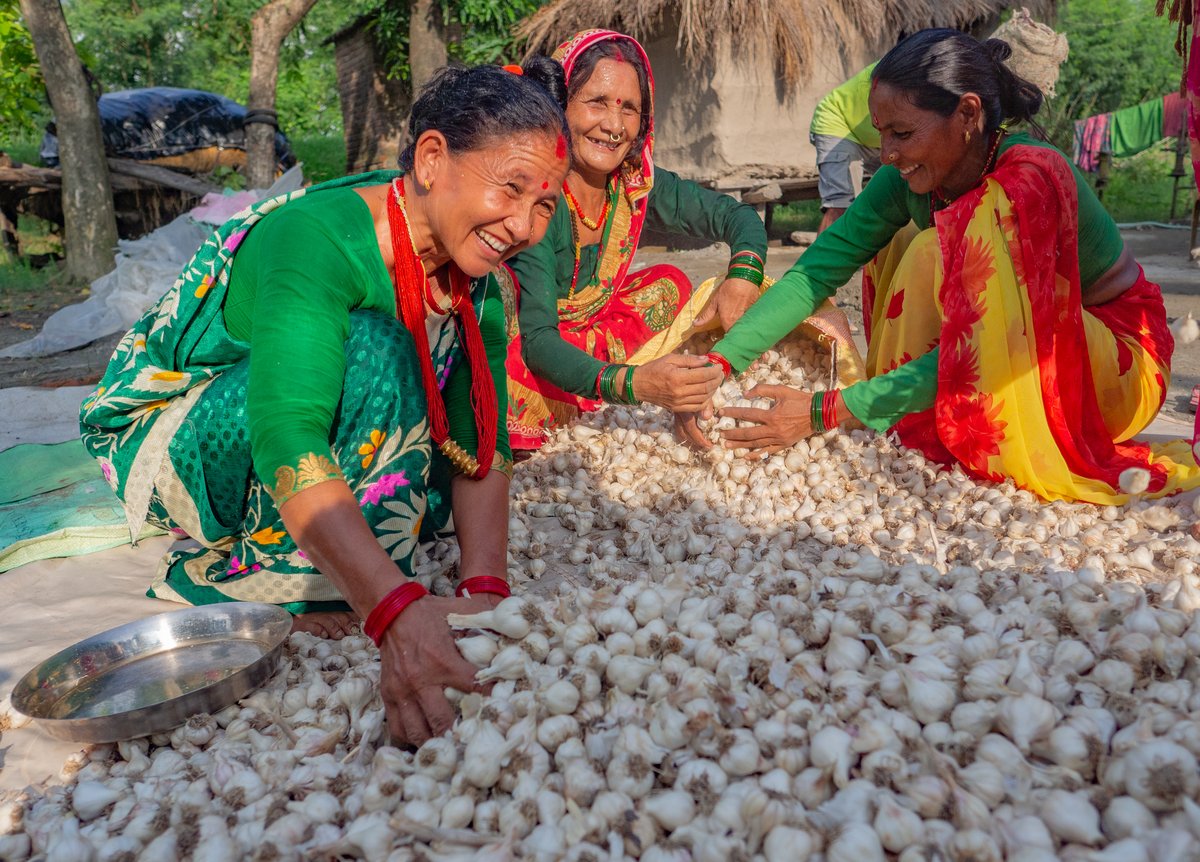 
The UN created World Food Day in 1945. This year, we pledge to work with our Sisters on the Planet Ambassadors to continue the work to address the many underlying causes of global hunger.

As people across the planet celebrate World Food Day (October 16), we need to note that the global hunger crisis has accelerated with uncompromising speed. We can see more clearly than ever the institutional and systemic divisions between rich and poor, both locally and internationally.

It’s a simple story of profound inequality. Climate hotspots have seen exponential increases in extreme hunger due to the devastating impacts of climate change. Global hunger has continued to rapidly expand—at the same time that billionaire wealth has increased by $382 billion over the past two years, and there is an abundance of food.

The United Nations Food and Agriculture Organization (FAO) created World Food Day in 1945 to increase awareness of world hunger and the various factors that contribute to its persistence. This year, the UN theme is Leave NO ONE behind; in 2022 and beyond, we will continue the work to address the underlying causes of global hunger: ethnic discrimination, racial marginalization, global systems of extraction, corporate power, poverty, conflict, climate change, and an ongoing global pandemic..

The Root Causes of Hunger and Food Insecurity

Across the world, the hunger crisis has worsened during the pandemic, leaving millions of people food insecure. The escalating food crisis disproportionately impacts marginalized groups across the world, especially women and girls.

Worldwide, roughly 800 million people don’t have enough food to eat; and progress across decades to feed more people is now backsliding as the climate crisis, conflict, and COVID-19 converge to push people into poverty (including those who produce, process, and make food available to communities around the world).

The truth is that the way we grow, process, and sell a lot of our food has become exclusive, unhealthy, unequal, and unsustainable in the face of the climate crisis.

Oxfam’s mission is to fight inequality to end poverty and injustice. That’s why we work with women small-scale farmers, local food entrepreneurs, and Indigenous Peoples to strengthen our local food systems, and to steward the precious natural resources that agriculture relies upon. We advocate for stronger governmental policies that protect the land and rights of smallholder farmers, small business owners and workers, and women who are often responsible for food in the home. And we tackle the tremendous power and influence held by large food and beverage companies that play an enormous role in the health and equity of our food systems—with massive implications for food security.

As we acknowledge World Food Day, it’s important to examine the root causes of hunger, which are deeply embedded in history, market concentration, and indigenous dispossession. We must also call out the actors who seek to uphold systems of dispossession in various philanthropic organizations, and recognize those who have gone against the status quo to call for transformative, impactful change.

We must continue the fight to ensure that all people, at all times, have physical, social, and economic access to sufficient, safe, and nutritious food that meets their food preferences and dietary needs for an active and healthy lifestyle.

In 2008, Oxfam brought together a group of influential women who were deeply passionate about the impacts of global hunger and climate change on women and girls. These women became our Sisters on the Planet Ambassadors, and they continue to fight for a just and equal world that leaves no one behind.

We’d like to introduce you to some of the Sisters who are fighting the root causes of hunger by promoting sustainable practices, raising awareness, and engaging in direct advocacy.

For decades, Frances Moore Lappé has been working to change the scope of the conversation around global hunger.

In addition to publishing 20 books about the manufactured conditions of world hunger (including critical research around the commodification of food, the impacts of colonization, and the centralization of agriculture), Lappé co-founded Food Tank and the Small Planet Institute, driving forward the importance of carrying a critical approach to the causes of food insecurity worldwide.

A strong supporter of nutrition programs that have helped many Americans keep food on the table and out of poverty, Congresswoman Moore has pushed legislation that would guarantee healthier meals each day for children participating in federal nutrition programs.

Congresswoman Moore wrote the RISE Act (Rewriting to Improve and Secure an Exit Out of Poverty), reauthorizing the Temporary Assistance for Needy Families program to make sure that it truly helps give individuals and families the tools they need to transition from poverty. For example, this legislation would guarantee childcare is available so recipients can find a job and work without worrying about who is going to look after their children.

She believes that we must continue to break down known barriers and provide families with the support they deserve as they work their way out of the grip of poverty and hunger.

Alejandra Schrader is an award-winning author, food systems champion, plant-based nutrition certified chef, and activist based in Los Angeles, CA. She is the author of The Low-Carbon Cookbook and Action Plan (Penguin Random House, June 2021).

In 2019, Mrs. Schrader spoke at the United Nations during the US launch of the EAT-Lancet Report for Planetary Health. Also that year, she was invited to the World Bank to speak on a panel titled Can Food Be the Planet’s Medicine?

As an Ambassador for Oxfam for the past decade, Mrs. Schrader has done policy advocacy at the US Capitol, and promoted Oxfam’s Eat for Good campaign. Mrs. Schrader is a founding member of The Chefs’ Manifesto, a program by the SDG2 Advocacy Hub. She is an Ambassador for Sustainable Development Goal 2 Zero Hunger, and has contributed to campaigns by the United Nations, World Health Organization, World Food Programme, EAT Foundation, and Global Citizen.

Danielle also conducts extensive on-the-ground research, traveling to more than 70 countries across sub-Saharan Africa, Asia, Eastern Europe, and Latin America. She has met with thousands of farmers and farmers’ groups, scientists and researchers, policymakers and government leaders, students and academics, and journalists, documenting what is working to help alleviate hunger and poverty while protecting the environment.

Her knowledge of global agriculture issues has been cited in more than 20,000 major print and broadcast outlets worldwide.

For Emily, it all starts with food, and the strong belief that food has incredible power to nurture and create sustainable communities. Combining her passions for food, community, and social justice, Emily co-founded Eat for Equity in Boston in 2006, and brought it to Minneapolis in 2007. An energetic and resourceful community builder, Emily has collaborated with farmers, artists, benefitting organizations, and community organizations on hundreds of fundraising dinners.

A born and bred Bostonian, Ashley Stanley founded Lovin’ Spoonfuls in 2010; since then, the organization has rescued more than 21 million pounds of fresh, healthy food, and brought it into the social service stream. She has created unparalleled awareness for food rescue, with dedication to addressing hunger relief, climate change and health equity.

Lovin’ Spoonfuls is dedicated to facilitating the rescue and distribution of healthy, fresh food that would otherwise be discarded. They work to efficiently deliver this food directly to the community organizations and programs where it can have the greatest impact. They are committed to addressing the health, environmental, and economic impact that wasted food has on our community.

This World Food Day, it’s important to highlight the exceptional examples of those challenging the predominant narratives that leave out history and context. We need to critically examine the institutions underpinning global hunger rather than accepting the dominant theories of scarcity that have only exacerbated inequalities.

In addition, we would like to draw attention to the indigenous groups who have been tirelessly working to destabilize colonial systems of injustice on the ground and within their communities. It is from these practices and movements of resistance that we draw our understanding of how localized food systems are formed and sustained.